The benefits of tepezcohuite on the skin: an ally for beauty

Thanks to its regenerative properties, Mimosa tenuiflora bark is used to reduce spots on the face, lighten stretch marks and scars, slow down skin aging, and strengthen hair.

1.  The tradition of herbal cosmetics

2.  Properties of tepezcohuite on the skin

No botox and no peeling?

The famous Mexican Hollywood actress Salma Hayek said in an interview1 that she does not use rejuvenating procedures such as botox or peeling. And she shared her skin care secret: tepezcohuite.

Hayek mentioned in that interview for Elle magazine in 2015 that tepezcohuite is used in Mexico to treat burn victims, but she didn't go much deeper into all the properties of the plant, better known in the world as Mimosa hostilis2.

When we investigate about the uses of tepezcohuite for beauty treatments it is easy to find that its use is related to skin care. Hayek shared a very popular knowledge among the women of Mexico, especially, by the grandmothers. Although it is also known among herbalists and naturists, some cosmetic companies have included it in their product line and, lately, it has been used in skin cell regeneration experiments3.

Tepezcohuite's reputation has led herbalists to refer to it as "skin tree"4, as well, although that is not the meaning of its name. 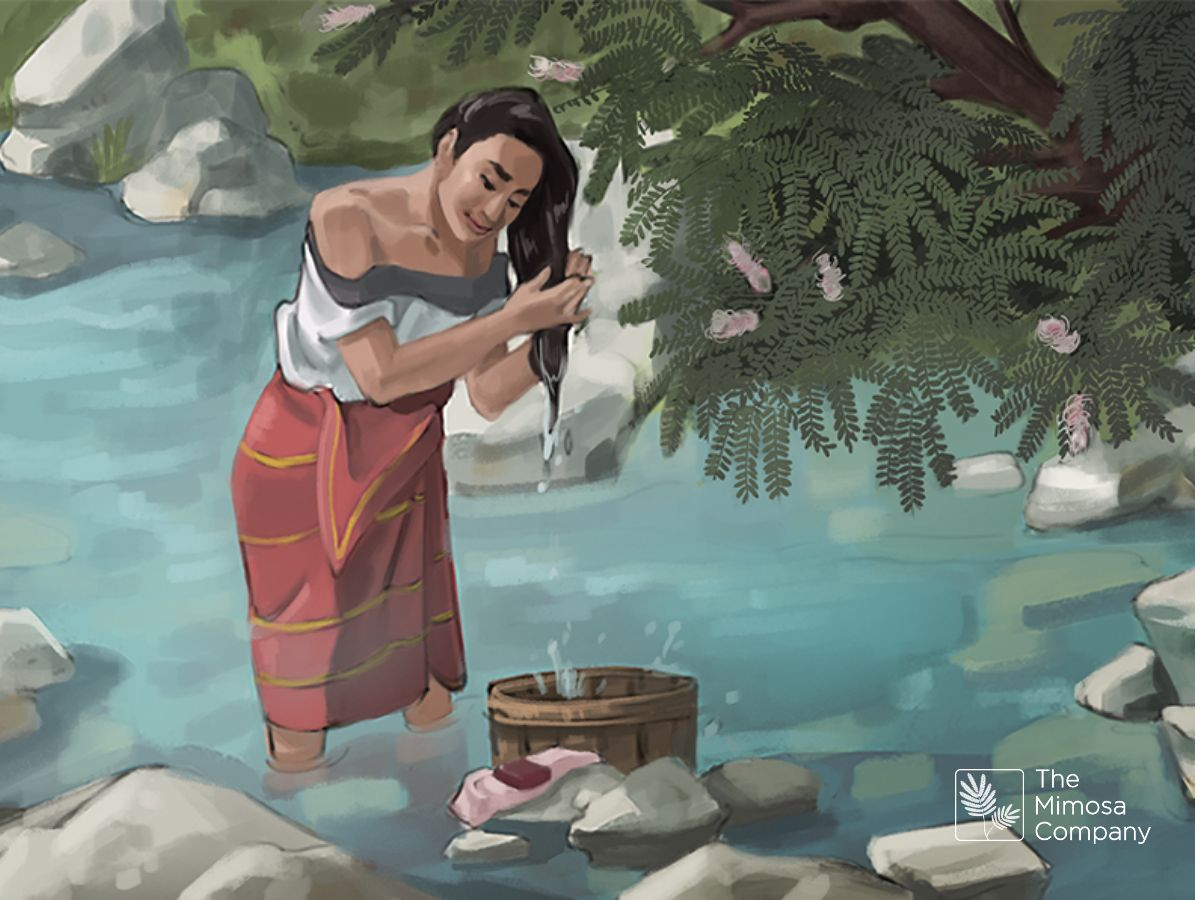 In southern and south-eastern Mexico, where tepezcohuite grows, it is used in fighting acne, diminishing wrinkles, stretch marks and skin spots, as well as to stimulate hair growth and control dandruff5.

But how did the bark of Mimosa tenuiflora (syn.) become an ally of beauty and skin and hair care routines?

The tradition of herbal cosmetics

Using tepezcohuite as a cosmetic ingredient is not a new practice. Many other plants have been used in beauty treatment recipes for thousands of years. Herbal cosmetics have been around since the beginning of civilizations6.

The properties of each plant or its extracts are what define the use that will be given to these cosmetic products. One of the most commonly used properties is its antioxidant capability7.

According to the nature of their components, these antioxidants are classified in8:

In addition to these antioxidant properties, some plants or their extracts are also used for their topical (on the skin) anti-inflammatory properties and for preventing the inflammatory changes that occur with skin aging9. 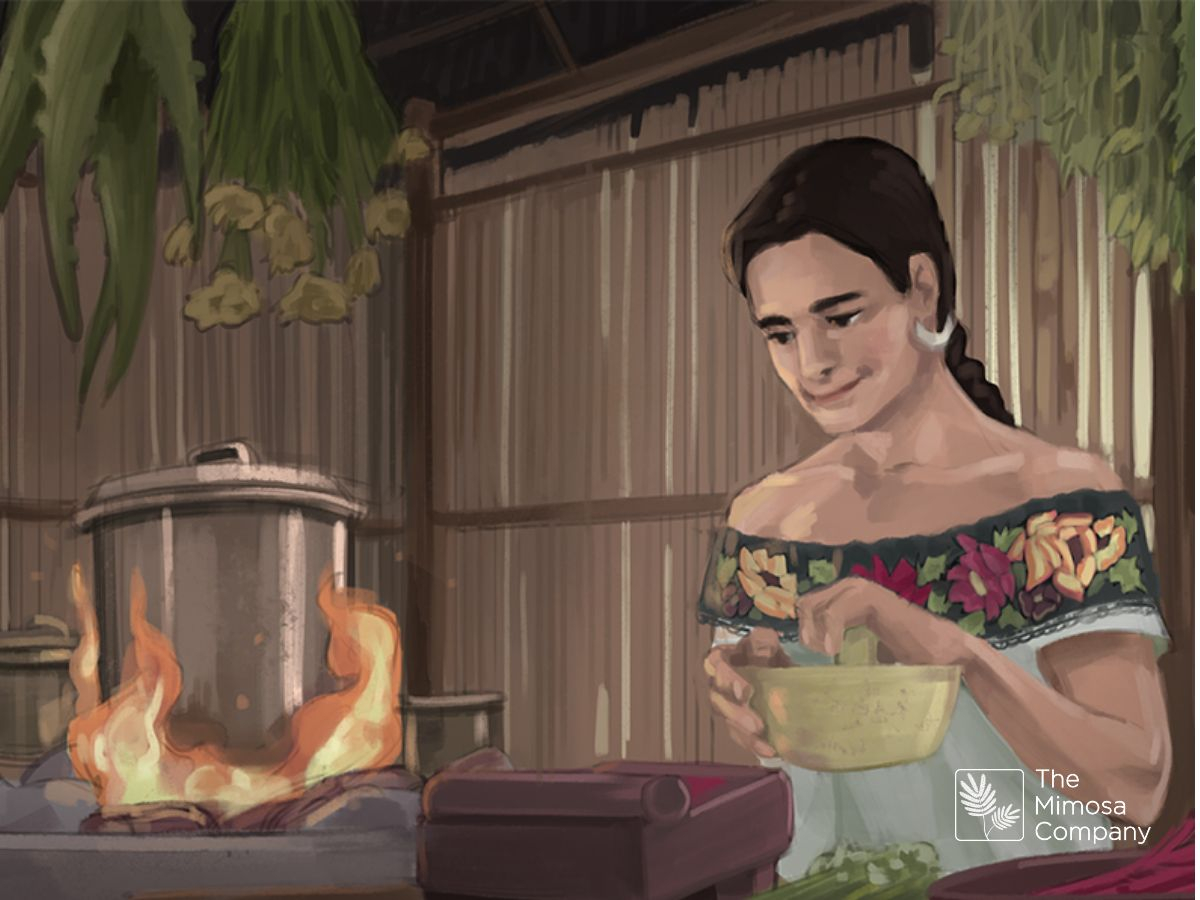 The uses of plants are diverse, since they can be used as topical anaesthetics and antipruritics (against itching), anti-cellulite products or treatments against hair loss10.

Some of the benefits for which people opt for plants in cosmetics are11:

Paraben-free: parabens are the most widely used preservative in cosmetics. They can penetrate the skin and are suspected of causing endocrine disruption12.

Properties of tepezcohuite on the skin

We have said that one of the recognised attributes of Mimosa hostilis bark is its ability to regenerate the skin, but it also has healing13, antibiotic14 and anti-inflammatory15 properties. Hence, one of the common uses in Mexico is for the healing of burns. But how do the components of Mimosa tenuiflora react on the skin?

The substances in tepezcohuite that produce these anti-inflammatory and regenerative effects are mainly: triterpenic saponins, tannins, steroids and mimonosides16.

Several analyses have attributed the improvement in skin regenerative treatments to triterpenoid saponins and condensed tannins, together with starches and vegetable fibres, among others17. The bark of Mimosa hostilis contains tannins, saponins, an alkaloid fraction, lipids, phytosterols, glycosides, xylose, rhamnose, arabinose, lupeol, methoxychalcones and kukulkanes18.

Studies in recent years have shown that certain polysaccharides (biomolecules) known as arabinogalactans, present in the cortex of Mimosa tenuiflora, promote the viability of connective tissue cells (fibroblasts19) and the predominant cells of the outer layer of the skin (keratinocytes20). These characteristics promote tissue regeneration after injury21.

In addition, the tannins present in the tepezcohuite cortex react with the collagen proteins of the skin, binding them together and increasing resistance to friction and to chemical agents, solvents and pathogens22.

Hair growth products can include a firming component that stimulates the hair structure, through the support of the dermis and the basal membrane, which is the layer of the scalp that works as a hair support. Among the firming components are collagenase or elastase inhibitors, which are responsible for increasing the amount of collagen or elastin in the skin. Mimosa hostilis bark is one of the most popular collagenase inhibitors23.

Tepezcohuite bark is the raw material for many cosmetic products, used to regenerate and soften the skin, recover or strengthen the hair and even treat chafing24. In addition, its use is considered as a sunscreen, because the bark is rich in flavonoids25, used in products thanks to their antioxidant and ultraviolet blocking potential26.

Several sources have documented the use of Mimosa hostilis in southern Mexico. A growing27 manual designed for and by the inhabitants of three communities in Oaxaca and a study on the uses of the plant in Oaxaca and Chiapas[28 have recorded the following presentations of cosmetic products with tepezcohuite:

While, in traditional medicine and herbalism, these products have been made for generations; lately, Mimosa tenuiflora has been included as an ingredient in formulas for skin care products and hair treatments, patented in the United States and Spain.

These patents use active substances that protect against free radicals (oxides, hydroxyradicals and superoxides) which accelerate skin aging. The formulas include in their composition extracts from plants, including the bark of Mimosa hostilis, to increase the protection factor29 and is added to the substances included in products such as creams, sunscreens, body lotions or hair products30.

We also found the use of Mimosa hostilis oil in addition to natural ingredients as part of a body cream to improve the skin31, wet wipes impregnated with a Mimosa hostilis lotion32 and an anti-aging cosmetic product33

Among the hair products that include Mimosa tenuiflora we found as patented: a lotion to restore hair after cancer treatment with the same strength and firmness as it had before the medication34; a treatment for alopecia35, which includes a solution of tannins obtained from the bark of the plant; and a product to improve the growth of keratin fibres, such as hair or eyelashes36.

While patents continue to appear, the truth is that, for many years, several companies have included Mimosa tenuiflora in their formulas37.

For example, it is common to find Dr. Bell's Bell Ointment (Pomada de la Campana del Dr. Bell, produced by Genomma Lab) in the medicine cabinets of Mexican homes38. The balm is used to moisturise and soften the skin and to protect it in case of minor irritation or burns.

The Mexican company Del Indio Papago39 markets a cream and a soap, not counting many other small producers - sometimes farmer cooperatives - who manufacture and distribute tepezcohuite cosmetic products throughout the country.

But its use crosses borders, as with Nuance's Salma Hayek brand in the United States and the integration of tepezcohuite into its flagship AM/PM Anti-Aging Cream40. The well-known Clarins brand, markets two products for skin repair and exfoliation41.

There are also Spanish companies such as Laboratorio Internature, Armonía Cosmética Natural with cosmetic lines for the treatment of various hair problems and repair creams. Etat Pur, a French company42, makes products for mature43 skin with positive reviews44 about nutrition and progressive and natural reduction of marks.

Have you used cosmetic products containing tepezcohuite? Share your experience with us.

6. Cosmetics Info. (2016). A History of Cosmetics from Ancient Times. CosmeticsInfo.com.