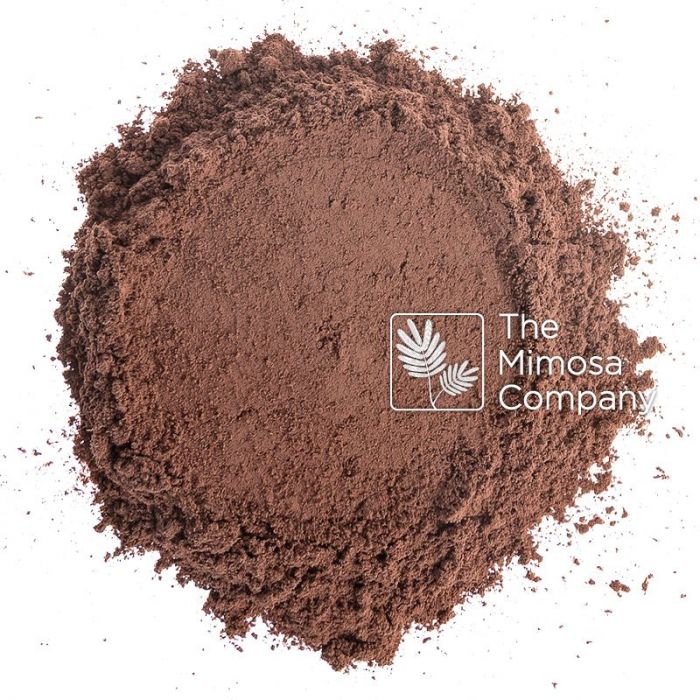 The properties of mimosa hostilis root bark powder: In Mexico, Mimosa hostilis is widely used in browsing for sheep and goats, or to make tea from it, and it is attributed with qualities for skin healing, after sunburns, accidental exposure to fire, as well as for stomach ulcers and use in cosmetics. Additionally, it acts as an analgesic, with hours of lasting relief and expedited tissue recovery. The bark is also recommended to counteract exhaustion and debility, and has been shown to stimulate the immune system. Other medicinal qualities of Mimosa hostilis are antimicrobial, analgesic, antifungal, cicatrizing (to heal by scar formation), regenerative, anti-inflammatory, and anti-aging.

What sets our mimosa hostilis root bark powder apart: Our Mimosa hostilis (Tepezcohuite) is harvested by a community of indigenous farmers belonging to the Zoque and Tzoltzil tribes from the South-East of Mexico.  They employ traditional production methods and do not use any chemical fertilizers or pesticides. Although most of the Mimosa hostilis is harvested/collected from the wild in the more than 370 hectares of land owned by these farmers (the Tepezcohuite tree is very abundant in this region since it grows there naturally), they do replant sufficient trees to ensure a sustainable and ecologically friendly production. Other plants harvested by this community are mango, noni, moringa, stevia and salvia divinorum.

The History and the Habitat of mimosa hostilis root bark powder: For many centuries, some of the Maya tribes in Mexico used the Hostilis Mimosa root bark, or "Tepezcohuite" (as it is known in Mexico) to treat skin diseases. It is also known to be an excellent body paint or natural coloring agent for textiles. Also in South America did this tree play a major role in the traditions of different indigenous tribes. In Brazil, for instance, it is known under the name of Jurema Preta.